The world has been taken over by the Prisma app and everybody wants to try something innovative with the app. Even Though the video conversion into painting is still under development mode, nothing has stopped this music players band, from manually converting their video into a painting app. The music video is "DEEP BLUE" by the band "Drive Like Maria". Look at what what kind of hard work these artists can go to, to show their creativity and a passion for their work. 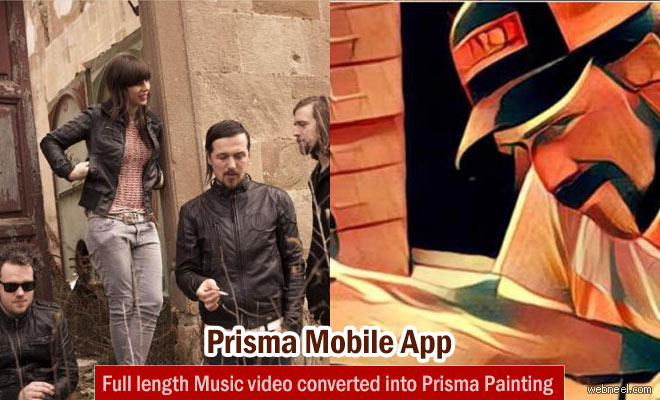 Currently this is the only full length Prisma video, it has gone viral on the internet.
https://www.youtube.com/watch?v=XIfNcsnjXQw

The above video was converted manually into a prisma video, frame by frame. When the band's lead singer Bjorn was stupefied with the Prisma photo to painting with some of the pictures he had taken during rehearsal. He wanted to have a full length video of his band playing. Atleast 1,829 photos were captured and converted into prisma photos, then with the help of sixteenbynine production house, they converted into a successful video.

Apart from the regular shooting of the music video, each frame had to be processed to make them look like a painting. First they had to upload the music video into Premier Pro, convert them to 10fps and the final conversion to images in JPEG. They had like 1828 pictures to be converted and uploaded and thats when Prisma app became a boon for them. According to the band's guitarist, "By the time we started processing the Android version of Prisma was also available so we could use iPhones and Android phones at the same time".