Installation art: The Lumen Prize celebrates the work of artists and it's in the 6th Year. The 2017 Lumen Prize Awards have been presented to some of the most creative artists from around the world. 2017 Lumen Gold Prize was presented to Thijs Biersteker for his interactive plastic reflectic installation. According to Thijs Biersteker ,"Plastic Reflectic is an interactive mirrored Installation Art that brings the ‘plastic soup’ in our oceans alive. Provoking a new perspective on a pressing issue, the work addresses the heavy pollution of our waters and through interaction shows the audience that their own behaviour directly impacts our oceans". Another interesting award for the 3D/Sculpture was Reading Plan - It's an interactive book flipping machine, not one but 23, when people enter the room, they automatically read the content simultaneously. Have a look at 2017 Lumen Prize Winners. 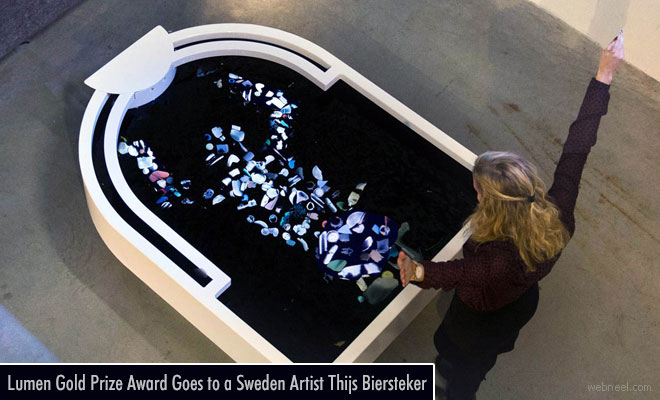