Tired of waiting for Prisma to launch the app for converting videos into Van Gogh's or other similar paintings? You still have to wait for some more time, but a Russian company has beat them to it. Mail.ru a Russian company, has created a video to painting simulation which is similar to what Prisma is working on. Artisto app converts your short videos into famous artworks within a matter of few seconds. The app was developed within 8 days, within the limited time span, it is fun to work with. It's still in the beta version, so it has limited filters, when compared to what you have seen on the Prisma app for photo to painting simulation. Artisto can process 10 second videos and users can apply any of the 14 filters to convert into famous artworks. Currently, the most popular filters are ‘BlueDream,’ based on a Pablo Picasso painting, and ‘In the Fire,’ according to Mail.ru Group. They are still working on some additional filters, which will be released later on. 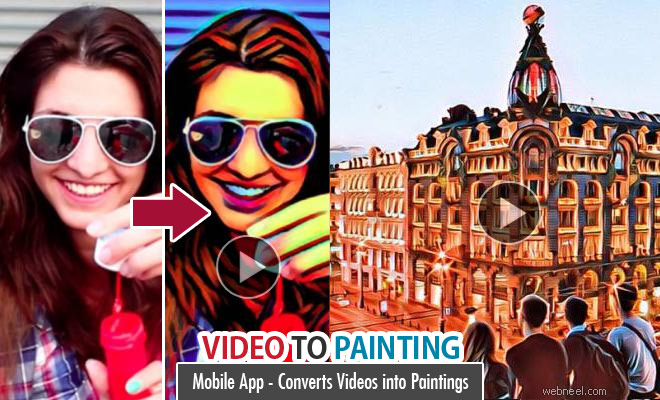 When comparing Prisma and Artisto, Artamonova(Mail.Ru Group VP, Head of Email and Portal business unit) told EWDN: “Both applications were developed based on open-source technologies. Artisto was created by a group of machine learning enthusiasts from different units of Mail.Ru Group. It took them just weeks to improve the source code, ensuring higher efficiency and speed of video processing.”

Artisto's launch happened just few weeks after Prisma, photography app was launched. Prisma app has taken the world up by storm and there are numerous downloads happening on a large scale basis, which sometimes tends to crash the app, due to over capacity. Prisma app was developed by an ex employee of Mail.ru organization, Alexey Moiseenkov. Regarding the type of filters this is what Google Play description reads - "Enjoy the super effects used to be available only to DreamWorks, Pixar, Disney and other famous studios! See the world through the eyes of Van Gogh, Dali, Picasso and other great artists!".

This app is totally free and it's available on your iTunes and Google Play store. So enjoy converting your videos to paintings.