A rare Botticelli portrait at an auction in New York at Sotheby’s on Thursday sold for $92.2 million, making it Rs.6722 million. It has set a new world record by the Italian artist. The price of $92.2 million at the auction was conducted on the phone and online by bidders. This work of the 15th-century has been known as “Young Man Holding a Roundel, ” had already a presale estimate of $80 million. However, Sotheby’s thought it will fetch over $100 million. This painting is one of the three portraits left of the leading artist of the Italian Renaissance. Sandro Botticelli’s paintings“Birth of Venus” and “Primavera” are well-known. The painting price achieved now makes it the most valuable portrait sold of any era. It is also the second most valuable painting sold for auction ever. It broke the previous Botticelli auction records by nine times. 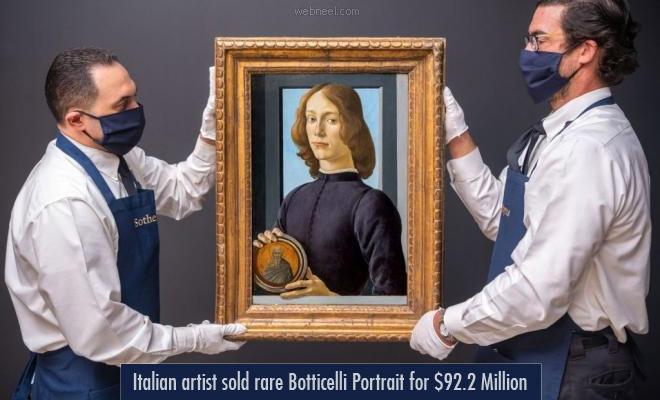